Jakob Murillo entered the Fargo camp with one thing on his mind, becoming an All-American.  It was his focus throughout the camp and his mission upon arriving in Fargo.

When Murillo was eliminated from the Cadet Freestyle National tournament he said, "I'm just excited for Greco." He knew that would be his last chance to earn All-American status.  He was ready.

Jakob began the tournament in dominant fashion. He would defeat his first opponent, Joseph Jens from Illinois, by a score of 10-0.  His momentum would carry him through a tough next match against Pennsylvania's Cole Rees. Murillo would build a 4-1 lead before pinning his Rees and advancing to the quarterfinals. 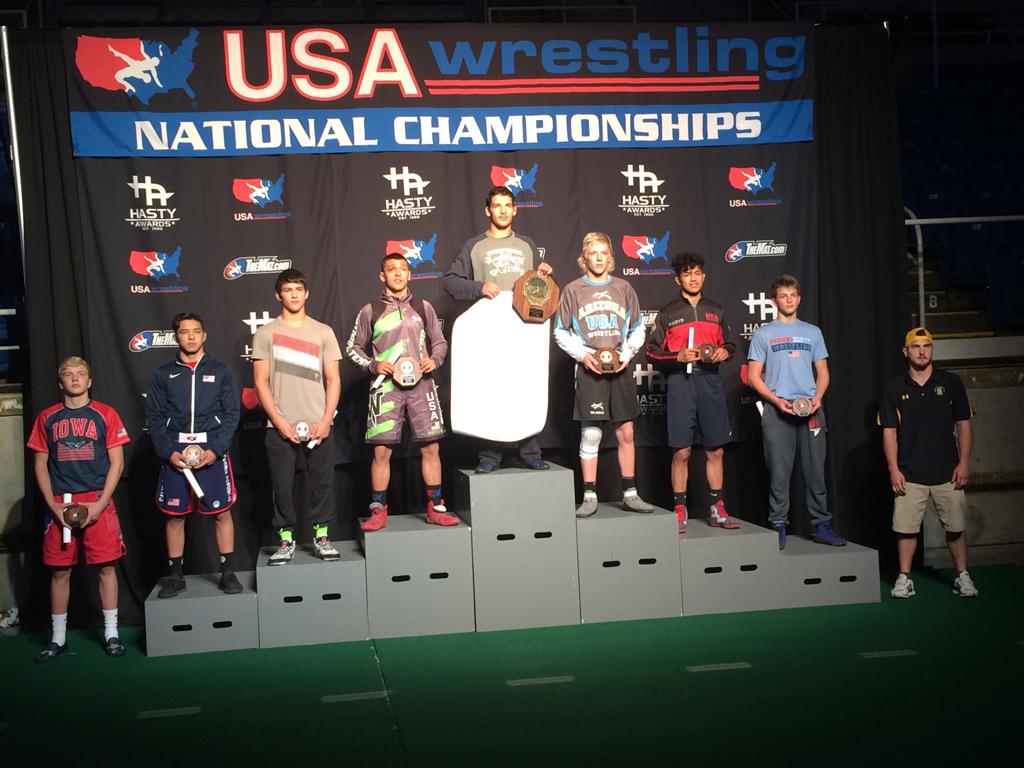 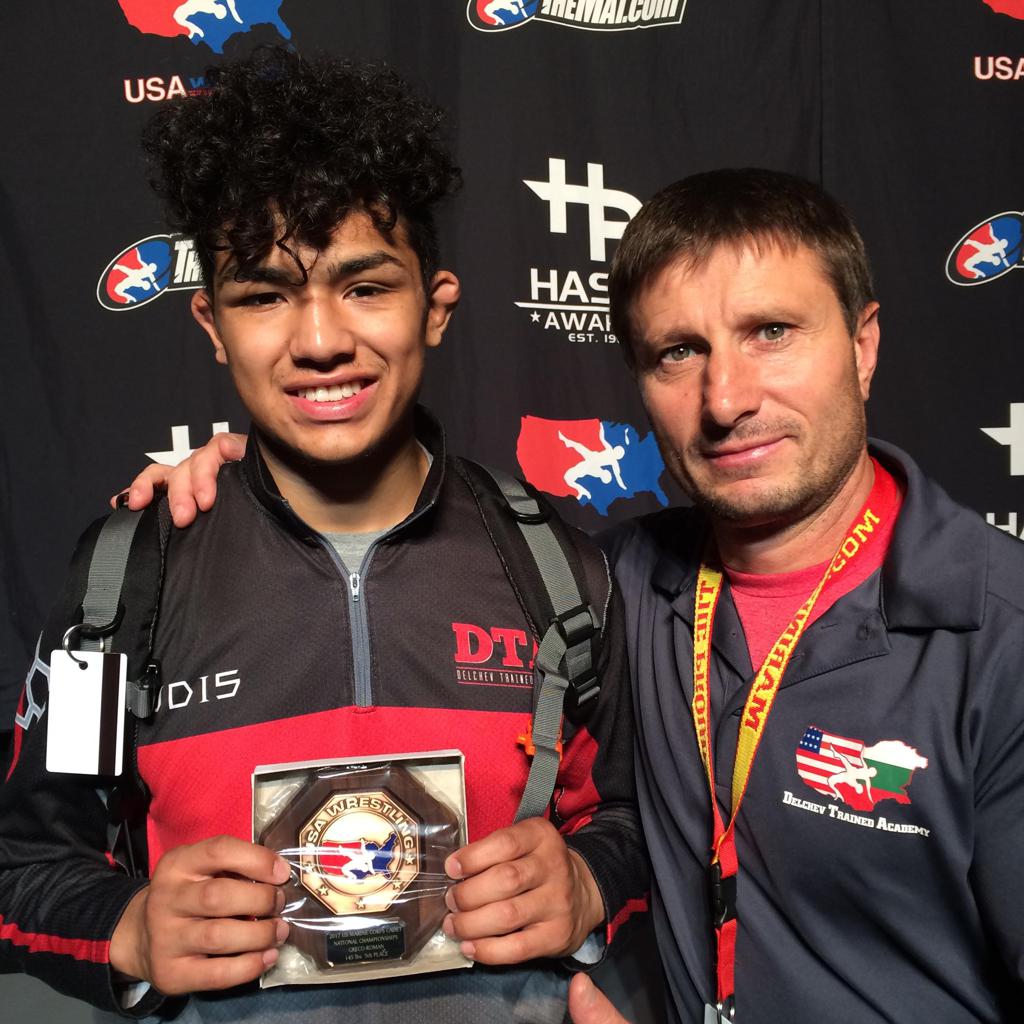 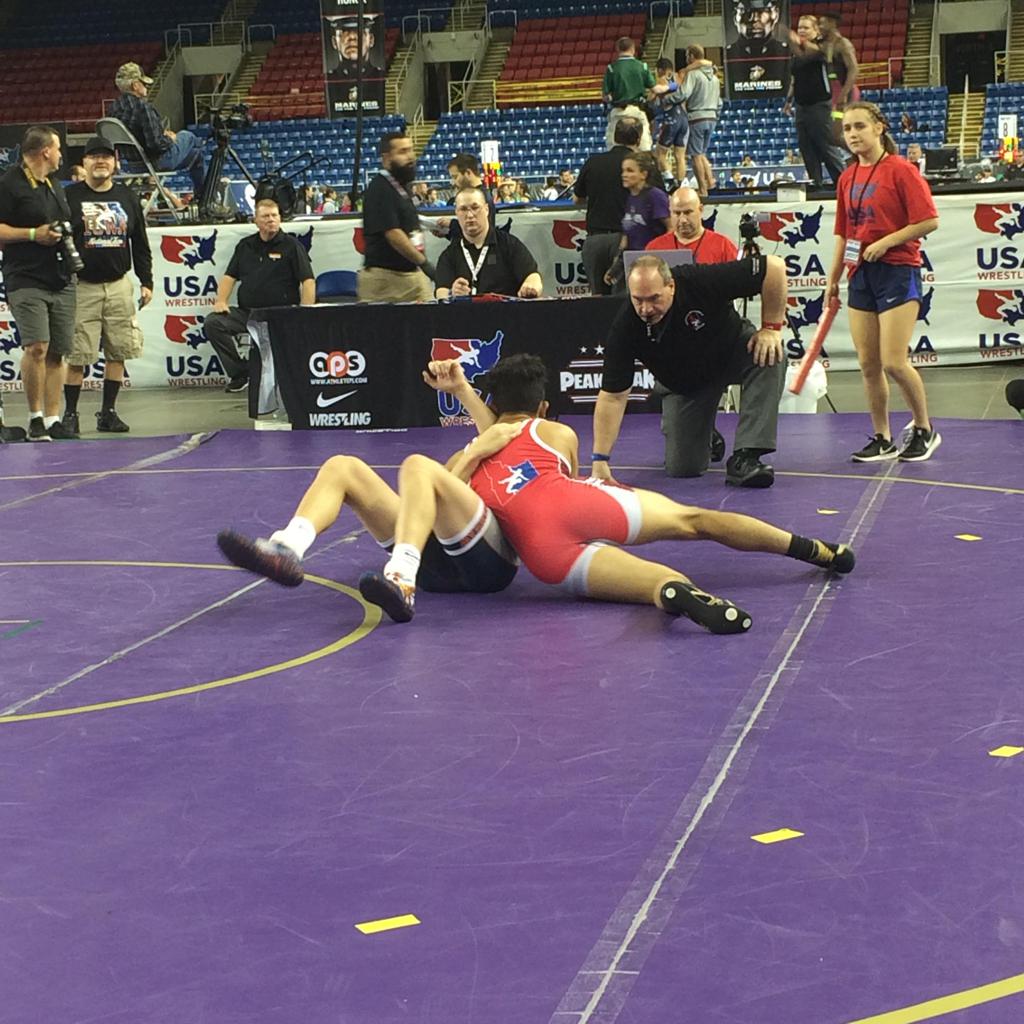 In the quarterfinals, Jakob met Montana standout, Michael Weber. Weber entered the tournament as the number one seed, and emerged as a National Champion. With one minute remaining, Murillo held a determined 2-2 lead by criteria.  Weber would score on the edge of the mat and continue to win the match 6-2.

His quarterfinal loss would place Murillo in a tough spot. He would be forced to wrestle teammate, Christian Hudson.  The winner would be an All-American, the loser is eliminated from the tournament. Despite being behind 1-0 at the end of the first round, Murillo would battle back to earn a 14-4 victory and become an All-American, but he wasn't finished there.

Murillo would continue to advance in the tournament with a close 9-6 win over a tough Iowa opponent, Lance Runyon. Next he would be defeated by Michigan's Alex Facundo.  This would place him in the fifth place match against Jace Luchau. Murillo's ability to attack the body and score big points proved to be too much for Luchau. Murillo would win the match to finish as the fifth best 145 lb Cadet in the country.

When asked how he felt about his performance in Fargo, Jakob replied, "I'm happy with how I performed in my placing match. I had some tough matches and some I could have done better, but I'm content with how it turned out."

Many wrestlers come to Fargo with high goals and are forced to go home without achieving them.  With regard to accomplishing his goal of becoming an All-American, Jakob commented, "It feels great to have all the work I put in pay off.  It's a really great feeling and the experience was like nothing I've had before."  He looks forward to taking a small break from wrestling to reset his focus and to be, in his words, "ready to keep grinding and working hard."