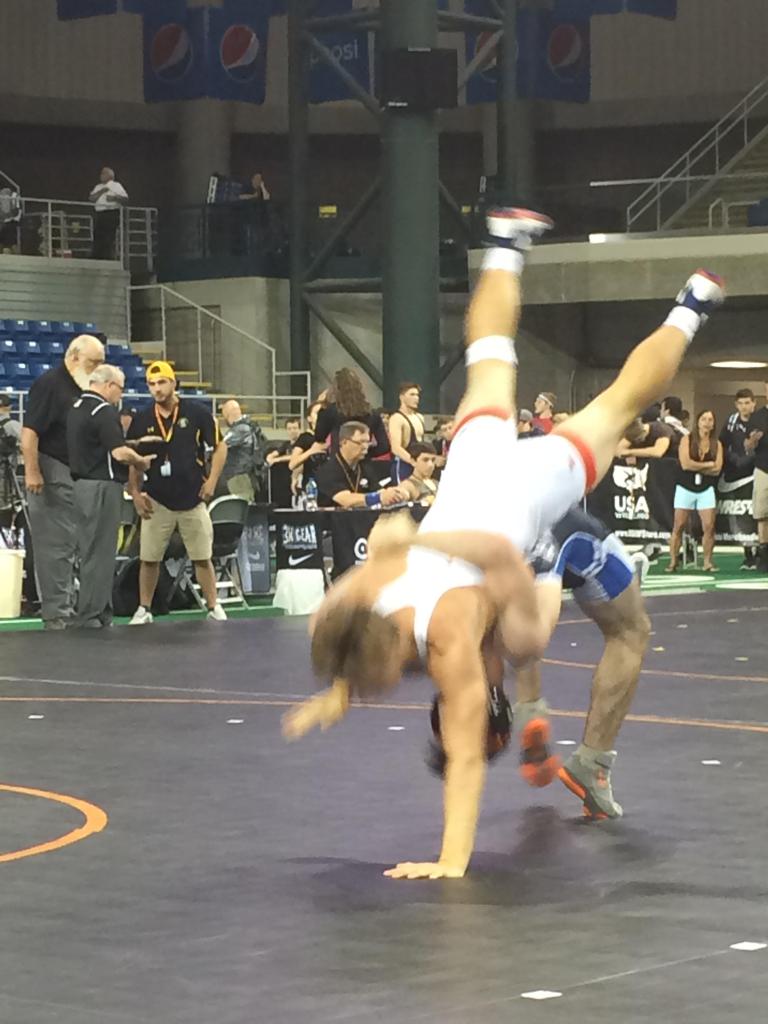 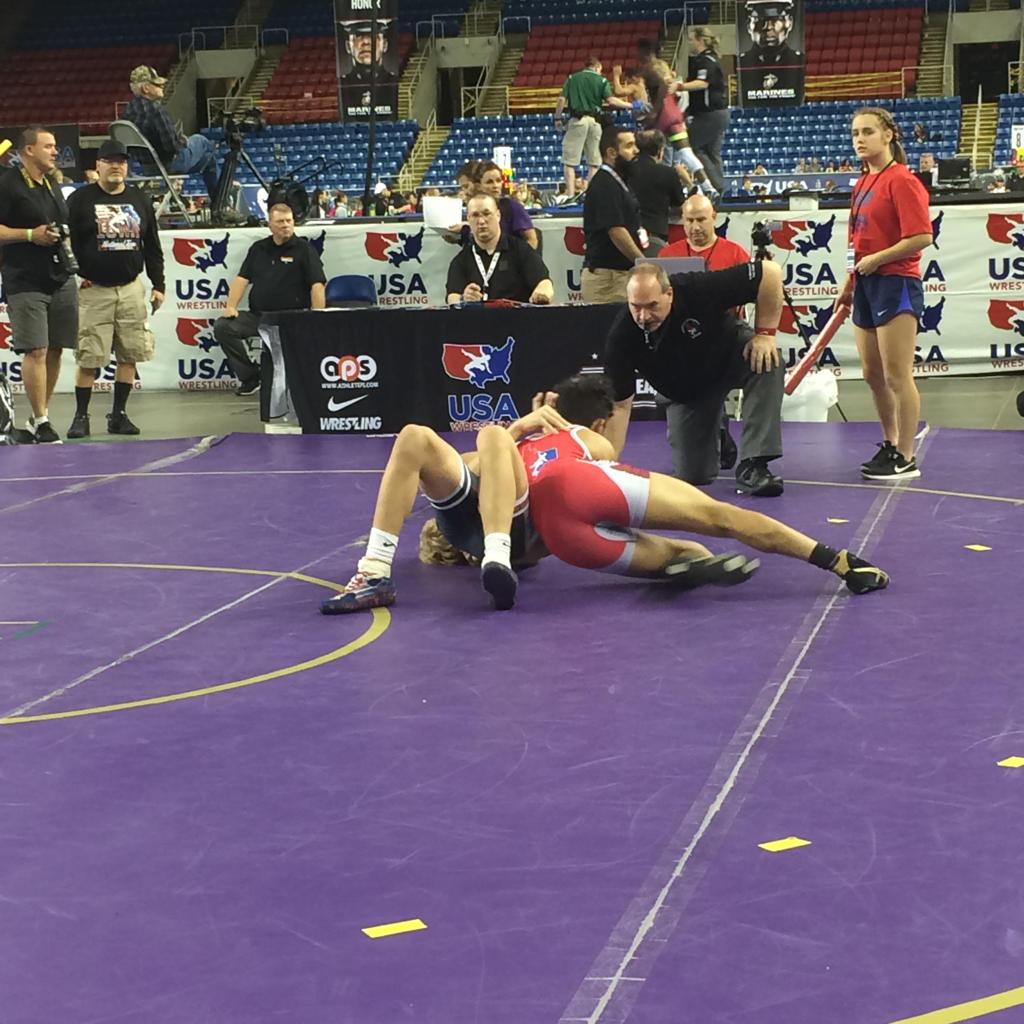 As Cadet Greco came to a close today and Junior Greco moved into the All-American rounds, it was a busy day for team DTA.  Kase Mauger would be the first DTA wrestler to compete.  He began in the semifinals against Carter Young of Oklahoma.  Battling for his hopes of a National Championship, Kase would lose a close match 6-3.  Next he would face Cooper Cox of Utah.  Mauger took control and ended the match quickly 10-0. He would then give up a trapped arm gut wrench to Sheldon Seymour of Pennsylvania to lose 13-3 and finish the tournament in fourth place.

Also competing in the All-American rounds of the Cadet Greco tournament was Jakob Murillo.  He would begin in a brawl against Lance Runyon of Iowa. When the dust settled, Murillo emerged as the victor 9-6.  His second match would be against Alex Facundo of Michigan.  The match would end in favor of Facundo 10-0.  In his final match against Jace Luchau of California, Murillo would take advantage of opportunities to make some big throws.  He would wins the match 12-9 and finished the tournament as an All-American in 5th place.

Competing in the Junior division was Braeden Dickinson.  He started off well against Augustine Facundo of Michigan, building up a solid lead.  Facundo would eventually catch him in a throw and pin him, ending Dickinson's tournament.

Destin Summers also competed in the tournament.  He began with a quarterfinal match against Nick Onea of Pennsylvania.  With the score tied at four, Onea would trap an arm and gut wrench Summers for a 17-5 victory.  Next he would face Camden Russell of Nebraska.  Russell would get the better of him this time 10-0,ending Destin's tournament run.

The final DTA competitor was Ezekial Williamson.  He started in the quarterfinals against Peyton Omania from California.  Omania would hand Zeke his first loss of the tournament, 10-0.  He then faced Weston Milnes of Arizona.  In a hard-fought effort, Zeke would lose 14-7 and be eliminated from the tournament.