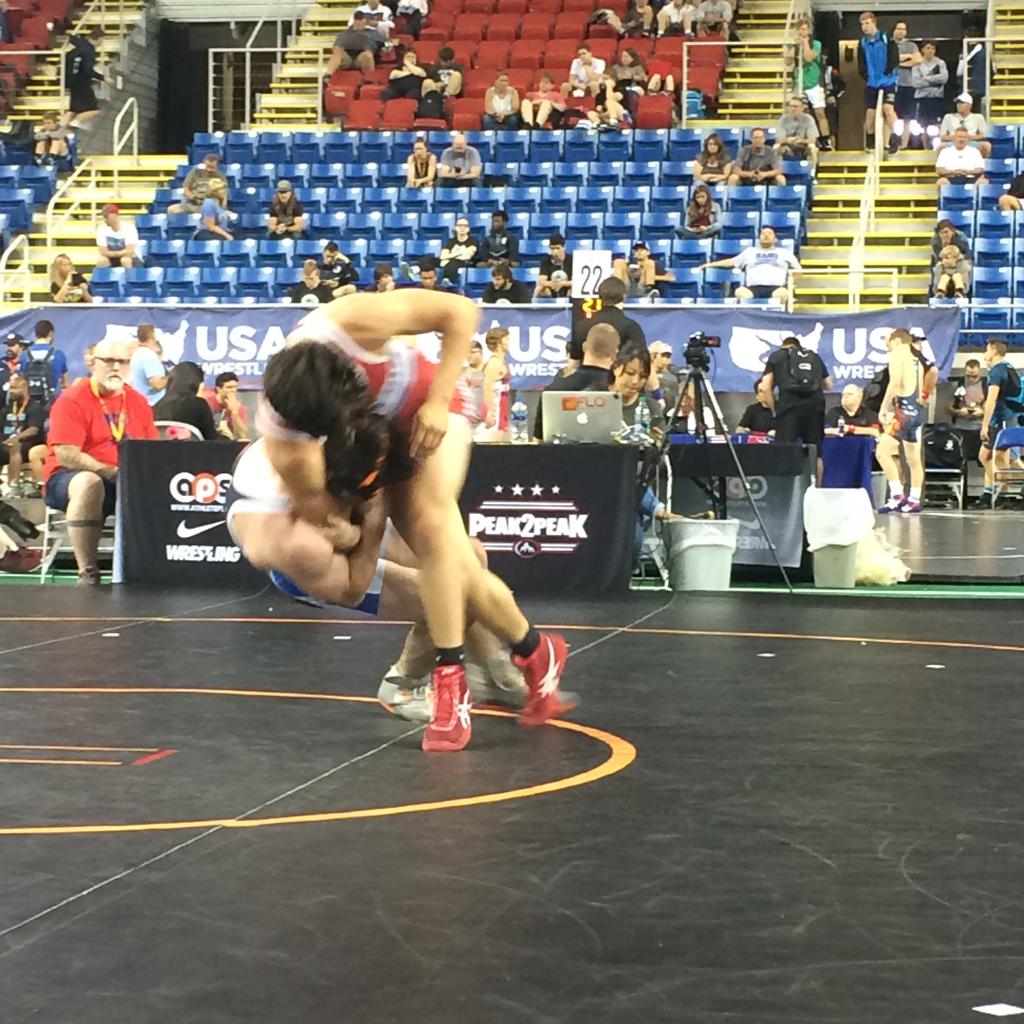 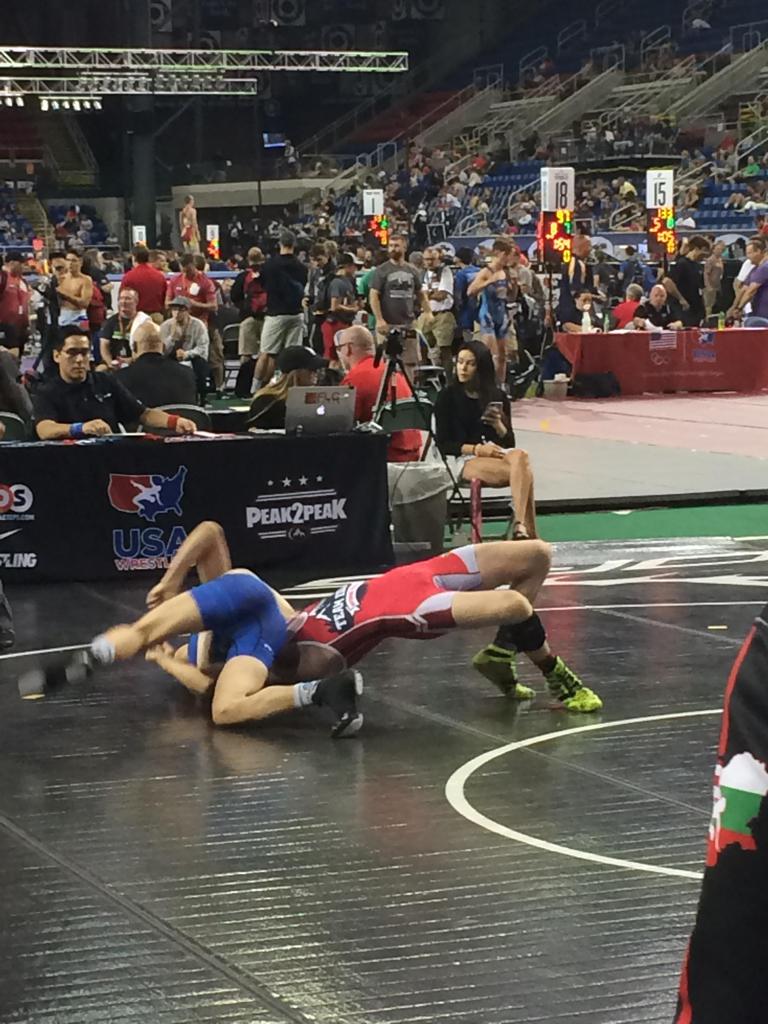 With Cadet Greco continuing today, and Junior Greco just getting started, DTA began the day with five wrestlers fighting for the chance to earn All-American honors.  At the end of the day, none of the five had been eliminated from the tournament.

Kase Mauger wrestled his quarterfinal bout against Christian Decatur-luker from North Carolina.  Decatur-luker attempted to wrestle a very physical match, but to no avail.  Kase was able to take control of the match early.  He would advance to the semi-finals with a 12-0 victory.  Tomorrow, in the semifinals, he will face Carter Young of Oklahoma.

Jakob Murillo also began his day in the quarterfinals.  Murillo would face the number one seed in the tournament, Michael Weber of Montana.  With about a minute left on the clock, Murillo had a 2-2 lead on criteria, but wasn't able to hold on.  He would lose the bout 6-2.  The would line him up to wrestle fellow team Idaho member, Christian Hudson.  Christian was fresh off a top five performance in freestyle.  Jakob, however, put an end to his run with a 14-4 victory.  With this vistory, Jakob Murillo has earned All-American honors and will place in the top 8.

The remaining three DTA members began the first day of the Junior Greco tournament.  Destin Summers had an impressive showing.  He wrestled a perfect three for three in his matches today.   The first match he would defeat Kody Kageler of Oregon 10-0.  Next, he would face Guillermo Felthager of Colorado.  After building an 8-0 lead, he would earn the fall.  His final match of the day would be against Dane Durlacher of Illinois.  He would cruise to victory by a score of 14-4.  Destin will face Pennsylvania's Nick Onea in the quarterfinals Friday.

Joining Destin in the quarterfinals tomorrow will be Ezekial Williamson.  Zeke won all four of his matches, and outscored his opponents 48-6.  He started off the day with a 10-0 victory over Isaias Ramirez of California.  Following that, he beat Melvin Hernandez of Nebraska by a score of 18-6.  His third opponent would be Deven Abbott of Pennsylvania.  Williamson beat Abbott 11-0.  His final bout for the day came against Jose Rubio of Arizona.  He would defeat Rubio 9-0.  Tomorrow in the quarterfinals, Zeke will square off against Peyton Omania of California.

DTA's final competitor of the day was Braeden Dickinson.  Braeden began the day with a dominant performance against Craig Sampson of New York.  Dickinson would win by a score of 10-0.  Next he faced Arizona's Tanner Borneman.  He was able to control the center of the mat and earn a hard-fought victory 6-3.  His third opponent, Jack Huffman from Nebraska, became his first loss of the tournament, 11-6.  Like a true champion would, Dickinson bounced back with a 10-3 victory in a very physical match with Xavier Torres of Texas.  Tomorrow, he will face Augustine Facundo of Michigan.