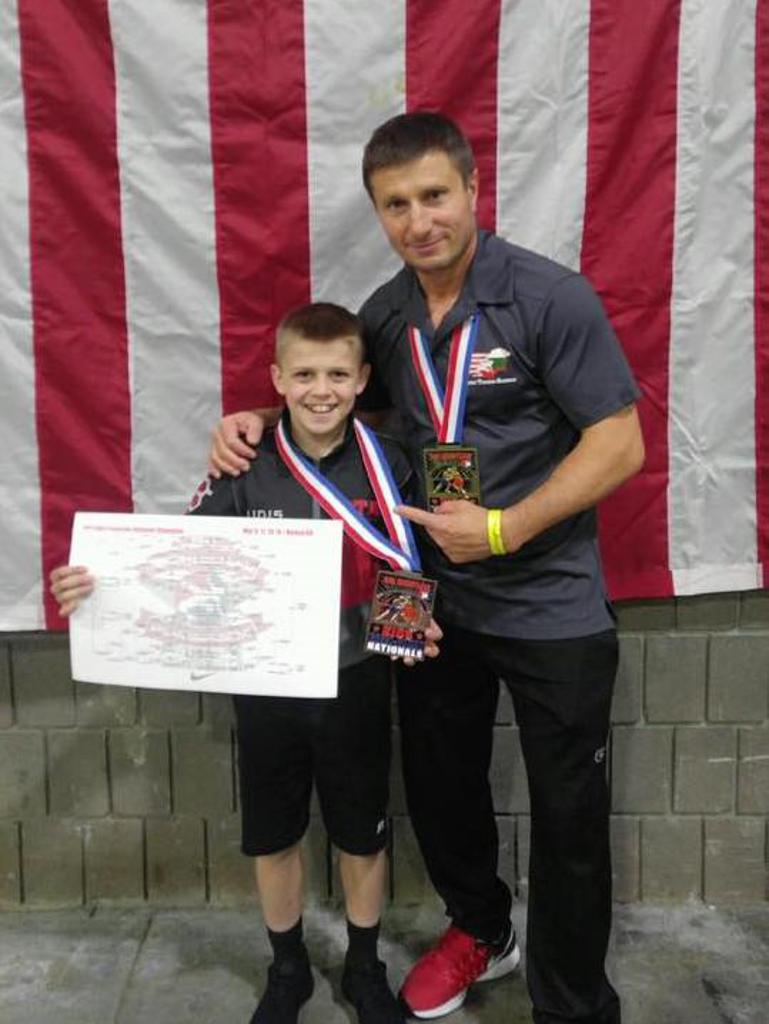 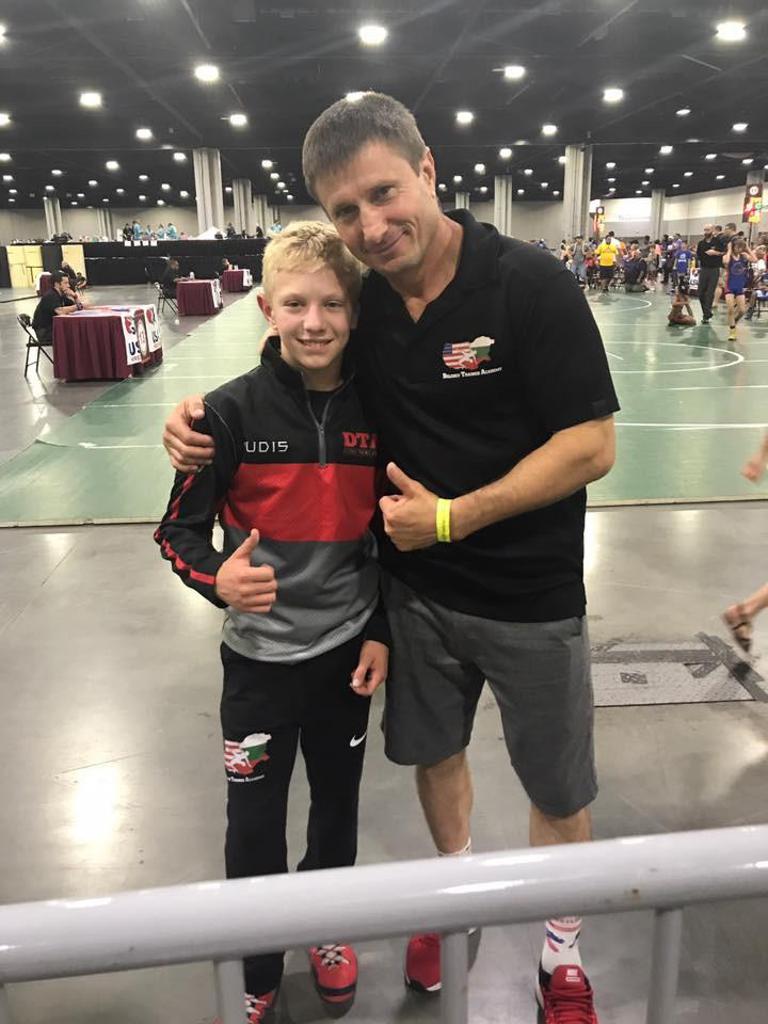 June 29-30th, DTA took a team of seven wrestlers to Atlanta, GA to compete in Kids Nationals.  At the end of the event, they emerged with two more national champions, Mack Mauger and Kayd Craig.

Wrestling for DTA in the Novice Division at 60 lbs was Mack Mauger.  Mack entered this tournament as a Folkstyle National Champion, seeking to add to his resume with Freestyle and Greco titles as well.  He finished third in Greco but bounced back on the second day with a phenomenal performance in Freestyle.

In his first two matches, Mack defeated opponents from Alabama and Oklahoma each by a score of 10-0 and advancing to the semifinals.  There he would face Aydan Ston Thomas from Texas.  Here Mack would surrender his first points of the tournament.  It didn't slow him down, however, as he rolled to a 12-2 technical fall and advanced to the finals.

In the finals, he would square off with Zan Fugitt of Missouri.  Zan hadn't been scored on yet in the tournament to this point, and had won the Greco national title the day before.  Mack, however, was up for the challenge.  At the end of a hard fought battle, Mack emerged as the National Champion winning by a score of 6-4.

Kayd Craig also had an outstanding performance in Atlanta.  He represented DTA at the Schoolboy 84 pound class.  Kayd finished the freestyle tournament with a finals appearance, but fell just short of the freestyle national title finishing in second place.  Although the freestyle title escaped him, the Greco title could not.

Kayd began the day dominating his first opponent from New Jersey with a 10-0 technical fall.  From here the road got tough.  In the quarterfinals, Kayd would face Brennan Van Hoecke of Florida who was the freestyle national champion.  Making good use of his opportunities, Craig would cruise to victory by a margin of 14-6.

In the semifinals, Kayd scored a huge victory over Clarence Moore of California 14-4 and advanced to the finals.  Here he would meet Cory Land of Alabama.  Land had advanced to the finals with three technical falls and one pin.  Craig, however, would not be denied his place on the top of the podium.  He finished the match with a 9-4 victory and claimed his Greco National Championship outscoring opponents by a combined score of 47-14.