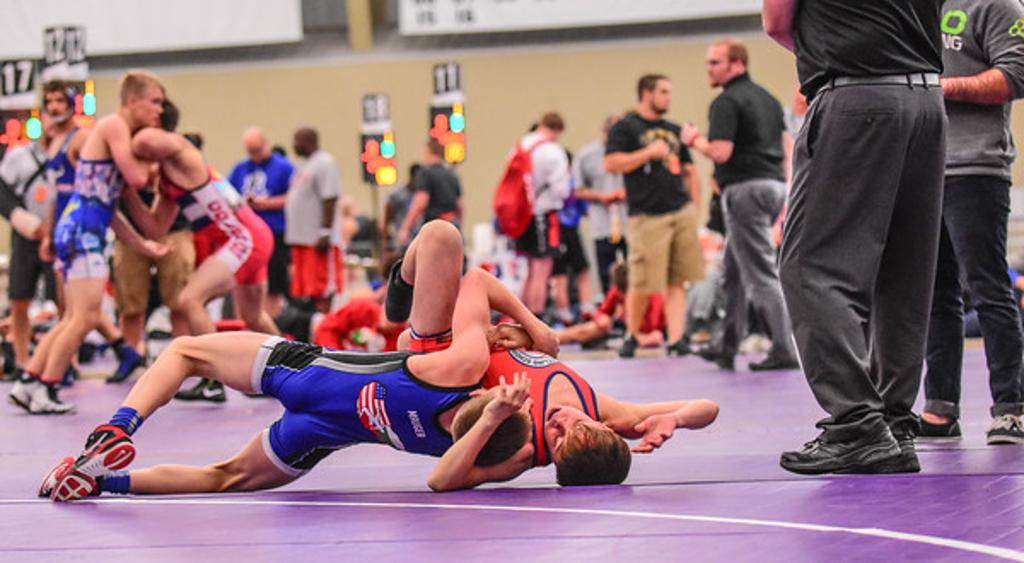 On June 2nd, Team DTA competed in Akron, Ohio at the UWW Cadet World Team Trials.  This event highlights some of the best competition in the nation.  Each competitor must battle their way through a tough bracket as well as win a best of three finals series.  At the end of the day, each champion will have earned a spot on the 2017 UWW Cadet World Team.  On June 2nd, Kase Mauger did just that.

Representing DTA at the 42 kg weight class, Kase wrestled to the top of his game throughout the tournament.  He started off with a tough opponent, Tommy Curran, from Gomez Wrestling Academy in Illinois.  Kase was able to control the match and win 10-4.  Curran would finish the day in third place.

In the semifinals, Mauger faced Nathan Rubino from Omaha, Nebraska.  Rubino attempted a headlock which Kase quickly dodged, locked up a traped arm gut wrench and finished the match dispatching Rubino by a score of 8-0 in a mere 39 seconds.

Defeating Rubino gave Kase a spot in the best of three finals series.  His opponent would be Joseph Manno of Apex Wrestling Club from Lodi, New Jersey.  In two very controlled matches, Mauger defeated Manno by a score of 10-2 and 8-0.  The second of these two matches only lasted 56 seconds.

By winning the finals series, Kase has earned the opportunity to represent the United States at the World Championships in Athens, Greece September 4th-10th.  Of the experience, Kase said, "It means alot, all the hard work I've done, I'm thankful to my coaches and my parents for all the help."  He also commented that he is most looking forward to the competition and that it's going to be fun.